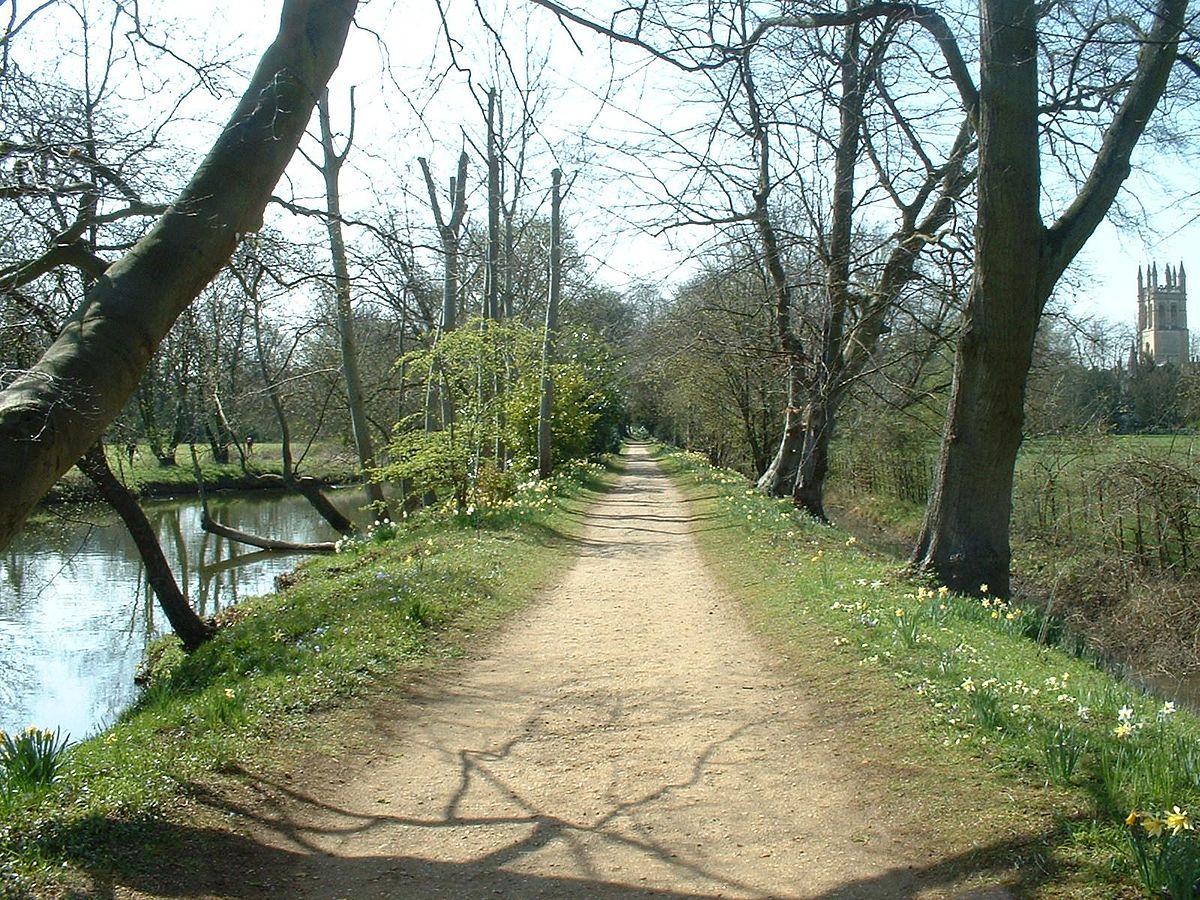 Yesterday was C.S. Lewis’ birthday, and it got me thinking deep thoughts.

It’s hard these days to grab onto anything as being really, deeply true. We’re just not trained to do it. We have been trained to walk a mile in another’s shoes, to keep an open mind—and somehow we’ve got the idea that acknowledging we might be wrong implies that no one could possibly be right.

We say things like, “what it means to me is this, but of course it might mean something completely different to you.” Or, “just finding my truth,” as if “truth” means something akin to “motto.” We’ve gotten the idea along the way that defining for ourselves what code to live by is utterly freeing, when actually it’s put us in the lamentable position of being knocked around rudderless in the midst of a hurricane.

Think: if everyone on the planet gets to curate their own ten commandments, with no objective measuring stick to go by, then any despicable person’s ideology can determine how they treat anyone else, and of course, we can’t call them despicable for doing so. And as Abdu Murray points out, any group of like-minded people can determine how they will treat any other group of people. The only arbiter between us at that point, is power.

If picturing your least favorite politician dictating your life with undiluted power doesn’t sit well with you, then you might have a better respect for truth than you thought.

I read recently that significant numbers of people, once calling themselves Christians, are now firmly (or fuzzily?) in the agnostic camp. It seems to happen most frequently in progressive circles—people who only ever believed bits and pieces of Christian dogma—and disliked the idea of dogma at that. Unsure which bits were reliable, they happily trusted in the bits that felt best, discarding the uncomfortable parts. Which parts they trusted varies widely; one person might have liked the whole Jesus story but none of Paul’s letters or the Old Testament; another might have thrown out all of the miracles but liked the moral code.

Regardless of which specifics people cling to, there is an uneasy sense that Christianity, as expounded in the Bible, contains some truth, but also plenty of error. Not a very firm anchor.

For many, it worked pretty well until they bumped up against something tragic—if not a loss or illness, then perhaps a story of injustice or the testimony of someone wretchedly unhappy with their lot in life. Suddenly the anchor gave way, and they found themselves floundering.

If you do much digging, you’ll see that Christianity is unusual in its insistence that truth is more than a proposition. According to Christians, Truth is a person, Jesus, “the way, the truth, and the life.” (John 14:6) From this perspective, truth can’t be boiled down to simply a list of mathematic equations or the incontrovertible laws of science (although math and science are pretty darn good evidence that there is such a thing as true and false, at least according to all of those multiple choice tests we were forced to endure.)

Truth is rooted, according to the Christian viewpoint, in a person who is trustworthy and not a liar; in a person who persevered through suffering; and in a person, furthermore, who gave us all of the other truth there is—who set gravity and entropy and strong nuclear forces into motion in the first place. If there is such a person, one who is both powerful and kind, then faith in him enables faith in all kinds of other things that He said as well. That anchored faith may quaver when calamity comes, but it’s also able to impart strength and determination in the middle of a storm.

If Truth is utterly dependable, such a truth would be worth knowing, wouldn’t it, even if it contained some uncomfortable parts. As C.S. Lewis said so well, “If you look for truth, you may find comfort in the end: if you look for comfort you will not get either comfort or truth—only soft soap and wishful thinking to begin, and in the end, despair.”

Lewis personally put up rather a lengthy fight against belief in Christ, not wanting “to go back to the bondage of believing in any old (and already decaying) superstition.” Eventually, he was persuaded.

A year ago, my husband and I wandered through Addison’s Walk in Oxford, the old stomping grounds of Lewis and his friend, Tolkien. We happened to be there exactly 86 years after Tolkien, in the same spot, convinced Lewis that all the best myths express tiny reflections of Truth, but that Christianity is the one “true myth” after all. There on Addison’s Walk, Lewis began to believe. 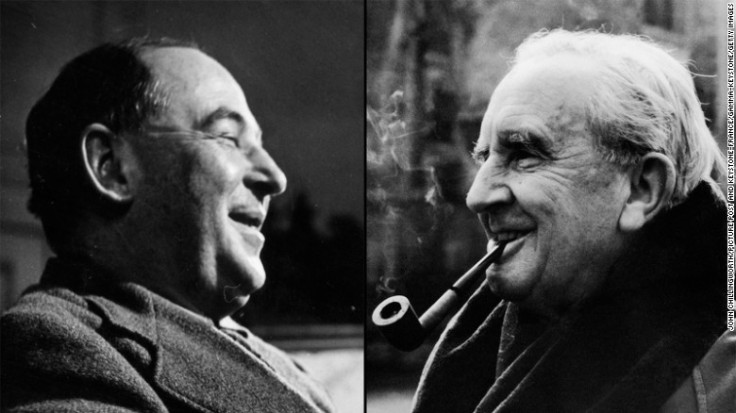 Later, he wrote, “We are not living in a world where all roads are radii of a circle and where all, if followed long enough, will therefore draw gradually nearer and finally meet at the centre: rather in a world where every road, after a few miles, forks into two, and each of those into two again, and at each fork, you must make a decision.” Shortly after his conversation with Tolkien, Lewis realized that he stood at such a fork in the road, and to be intellectually honest, he’d have to step forward.

This is the hard part, for many people—the gulp it takes to fork off, away from the road you’ve been traveling. Some of us would rather keep one foot on both paths, and do a split. When the paths sharply diverge (and eventually they will), we will have to choose.

Jesus, as previously quoted, claimed not only to be the Truth, but the Way. And his way, though it may lead through some scary valleys and up some difficult cliffs, is the only reliable way Home.

I think as a culture we need to find our way back to the fundamental logic of truth-telling. There are such things as right and wrong, honest men and liars, reality and illusion. One needn’t make the great leap to following Christ in order to acknowledge that 2 + 2 = 4, every time. But it’s a start.

As Lewis unforgettably put it, “It may be hard for an egg to turn into a bird: it would be a jolly sight harder for it to learn to fly while remaining an egg. We are like eggs at present. And you cannot go on indefinitely being just an ordinary, decent egg. We must be hatched or go bad.”

True for an egg, true for a culture at the crossroads. It’s time we break out of our fragile little shells, even if it’s a hard bump with truth that does the trick. Wouldn’t it be nice to learn to fly? 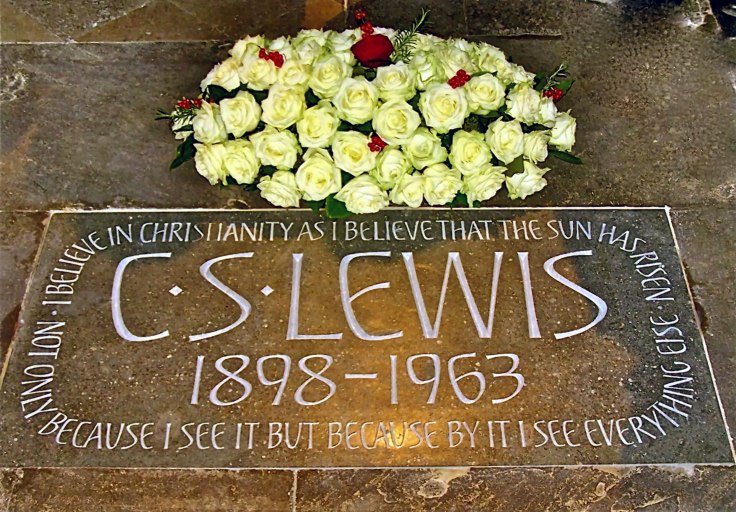