This week I had the bittersweet pleasure of finishing a wonderful book. I’d read it slowly, savoring it in morsels, and it has taken up space on my bedside table for many moons. But I was near the end, and, having had a rather bad day, gave in to the guilty delight of finishing it all in a rush. Not, probably, the best way to read poetry, but since I am sure I will read it again and again in years to come, I don’t feel too much shame. And it did the trick—lifted my eyes, and likewise my mood.

I am not a poet—not a real poet, anyway—not someone trained to speak sagely about enjambment or the interplay of meter and dissonance (I just made that up, but it sounded good, right?) But Wendell Berry is the kind of poet that real poets can debate and dissect for hours, while the rest of us simply… enjoy. Since it is the great calling of all writers to communicate, I think a poet who does this well, who can make busy people pause, or give words to inarticulate grief, or spit in the mud to make blind eyes see, that kind of poet is, for me, the best. 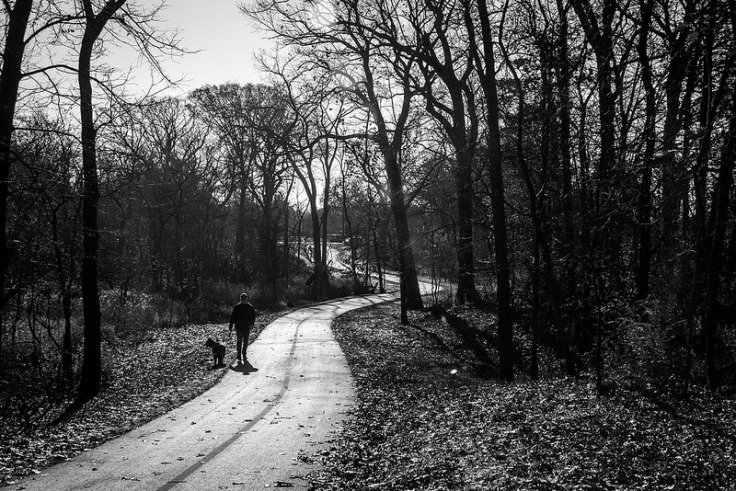 Wendell Berry is a living treasure of a poet, Robert Frost come back to walk among us. His book, This Day: Collected and New Sabbath Poems (2013) is the kind of book you might like even if you didn’t think you’d like poetry. It’s a Coca Cola book (the “pause that refreshes”) from a farm boy grown old. Are you a city dweller? Think of it as a staycation. Are you weary? Think of it as a Sabbath rest.

Berry writes mostly about life on a Kentucky farm, where he has lived for decades. He views creation reverently, and thoughtless pollution with a fury. He would probably find kinship with J.R.R. Tolkien, who loathed the billowing factory smoke swallowing up England’s woods. (The Lord of the Rings, if you remember, pits the evil Saruman with his axes and Orc factories against an enraged army of walking trees, led by their shepherds, the Ents.) Berry, too, loves trees, notices them, names them—hickory, hackberry, chinquapin, and cherry.

Great trees…
Patient as stars, they build in air
Tier after tier a timbered choir,
Stout beams upholding weightless grace
Of song, a blessing on this place.
(1986, I)

Its sound is a song that flings up
light to the undersides of leaves.
(2006, III)

The poems, written over thirty-five years, march numbered from 1979-2013. Some years he is prolific, others not so much. Matching the date of the writing with current events, there are familiar references, often angry reactions to terrible things. More often, though, he is rooted in his quiet, lovely place. He writes frequently of death, not abstract, but personal, naming neighbors and friends (and at least once, a dog) as he compassionately eulogizes them. In wartime, he writes,

It is striking to realize that Berry is an old man now himself, and must live daily with the fact of his mortality. In fact, he speaks so sweetly and so often of his wife that I found myself near tears by the end of the book to consider that one day he will lose her as well, unless she loses him first. But though he sometimes rails at death, he does not seem afraid, and death by Berry’s pencil loses some of its frightful power. “Do not live for death,” he writes, “pay it no fear or wonder.” (2011, XII)

Like agricultural parables, many of the poems speak of vocation, words equally pertinent for shepherd, pastor, artist, parent. In 1994, he writes, “We live the given life, and not the planned,” echoing John Lennon (“life is what happens while we’re busy making other plans.”) But for Berry, life’s not accidental, but sacramental—a gift. This theme runs from beginning to end of the book. In 1979, number III, he writes:

In 1991’s long ode, “The Farm,” he considers the ways in which farming has filled and overtaken and changed his life. This one reminds me of Rich Mullins’ take on theology, “I did not make it, no, it is making me.” How much of my life consists in work, and how much in waiting? Who is really doing the work here, anyway?

And so you make the farm,
And so you disappear
Into your days…

To rest, go to the woods
Where what is made is made
Without your thought or work.
Sit down; begin the wait
For small trees to grow big,
Feeding on earth and light.
(1991, IX)

Two years later, “No, no, there is no going back./Less and less you are/that possibility you were.” That has been my story in so many ways. Our work, these past 14 years, planting a church, sowing, ploughing, harvesting—slow work, soul work. I understand, the deepest and most lasting results are invisible. As he asks,

Was this stubbornness or bravado?
No. Only an ordinary act
of profoundest intimacy in a day
that might have been better.
(2008, XI)

By 2009, he still chews on this idea. In his fourth Sabbath reflection of that year, he writes,

How little I know in my widest
waking, held here by the making
of days…
I wait to be changed
by work, by rest, by what
I know into what I know not.

And this slow, lowly, artful
necessary work receives
the validation of beauty. 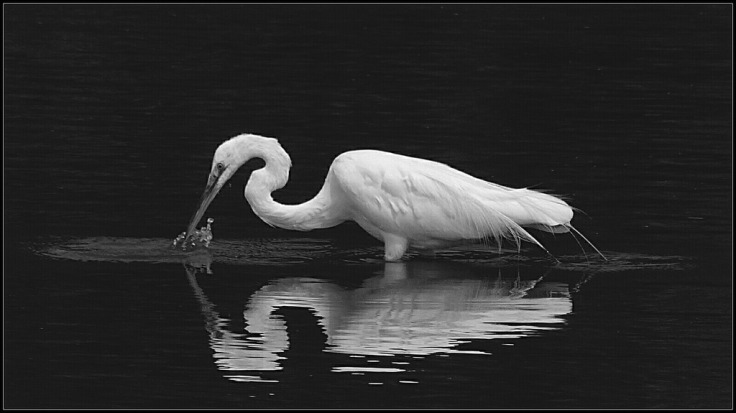 I have been thinking lately of the different disciplines of theology and poetry—one starts wide, with all the facts, and studies, studies to find truth, pure and clear, the narrow gate, the one best thing. The other starts small, just an image or a moment, and opens up to see with imagination and vision. They are opposite-leaning disciplines, and as one who loves both, it is hard to hold them each simultaneously in my head. Perhaps Berry struggles with this, too:

If I’m a theologian
I am one to the extent I have learned to duck
when the small, haughty doctrines fly overhead,
dropping their loads of whitewash at random
on the faces of those who look toward Heaven.
(2008, VII)

Still, he does it so well. He writes poignantly of prayers that “lean upward/on the dark and fall/like flares from a catastrophe…” (1994, VI) Sometimes he speaks directly of Christ, though not often by name. Instead:

A man who seems to be
A gardener rises out of the ground,
Stands like a tree, shakes off the dark…
(1982, IV)

We who see
see we are forever seen, by sight have been
forever changed.
(2009, I)

The last selection of the book tells us what, as a child, the “Mad Farmer” saw easily—shepherds, angels, stable, star. Like our friend in Ecclesiastes, he’s gone on “the hard hungry journey/of a foolish man… far beyond the polluted river.” But he is not content to end the journey far off, defeated in the darkness. And as the pages close, he once again points us to the light.

Beyond and beyond
is the shepherd-startling, ever-staying light.
No creature of his slow-minded kind may ever
stand in that light again. He sets out.
(2012, XXI)

(Post Script. I fret that in quoting so many fragments I have splintered thoughts that once were whole. Once, as a child, too tempted by an unattended cake, I gouged great holes out of the frosting and hoped my mom wouldn’t notice. She did. I hope I haven’t done that here to a beautiful book. Please find a copy and read it slow, let it speak for itself.)

One thought on “Be Still to See: The Sabbath-Day Gift of Wendell Berry”